I had hoped to get a bunch of pictures of things happening along the way, but it got really tedious to take pictures and work on the things because I don't really have a lot of things to help hold projects in place while taking pics. Although I think it looks less impressive when it is completely together...Here is the power module completed: 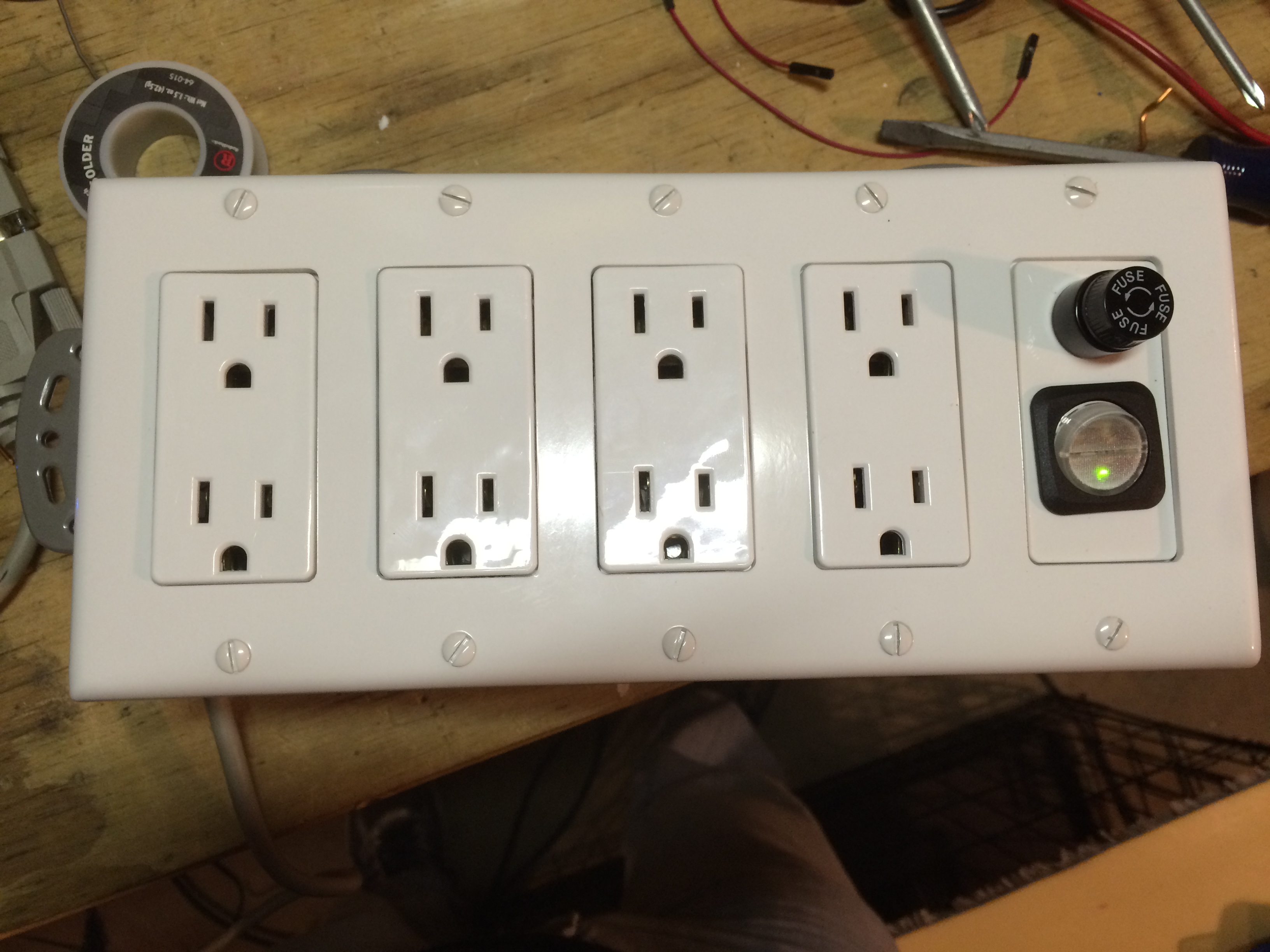 In this image the powerpod is "on". I added the switch because it seemed like a thing that needed to be there (thinking of it like a surge strip), but honestly, that is probably never going to be in any other position but on. 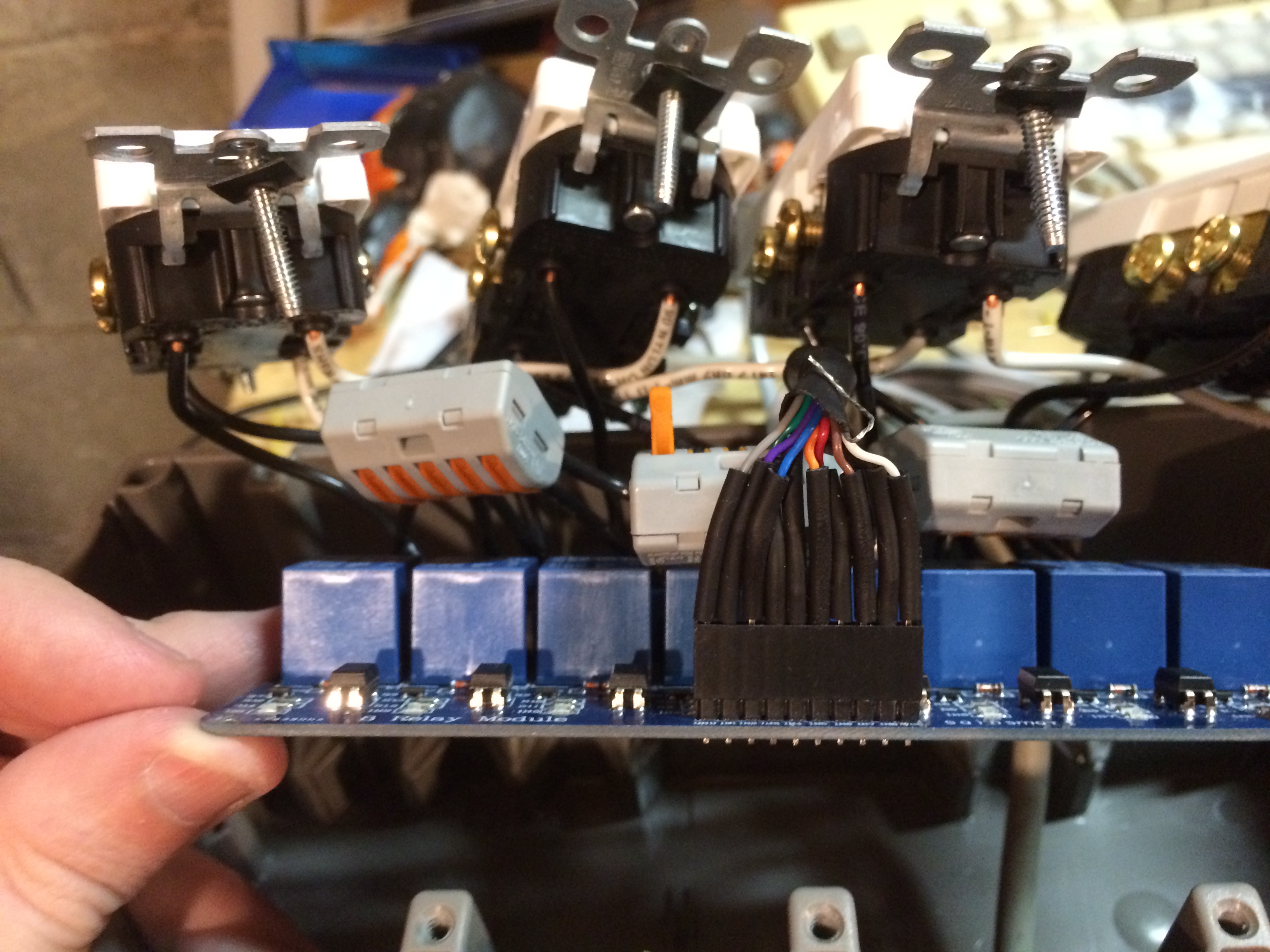 In this picture, you can pretty much see everything that is inside the box

Apart from the wiring coming in from the mains power, the only other thing in this box is the switch. I used a decora blank insert and cut the holes for the fuse and the switch. Outside of the box it looks like this: 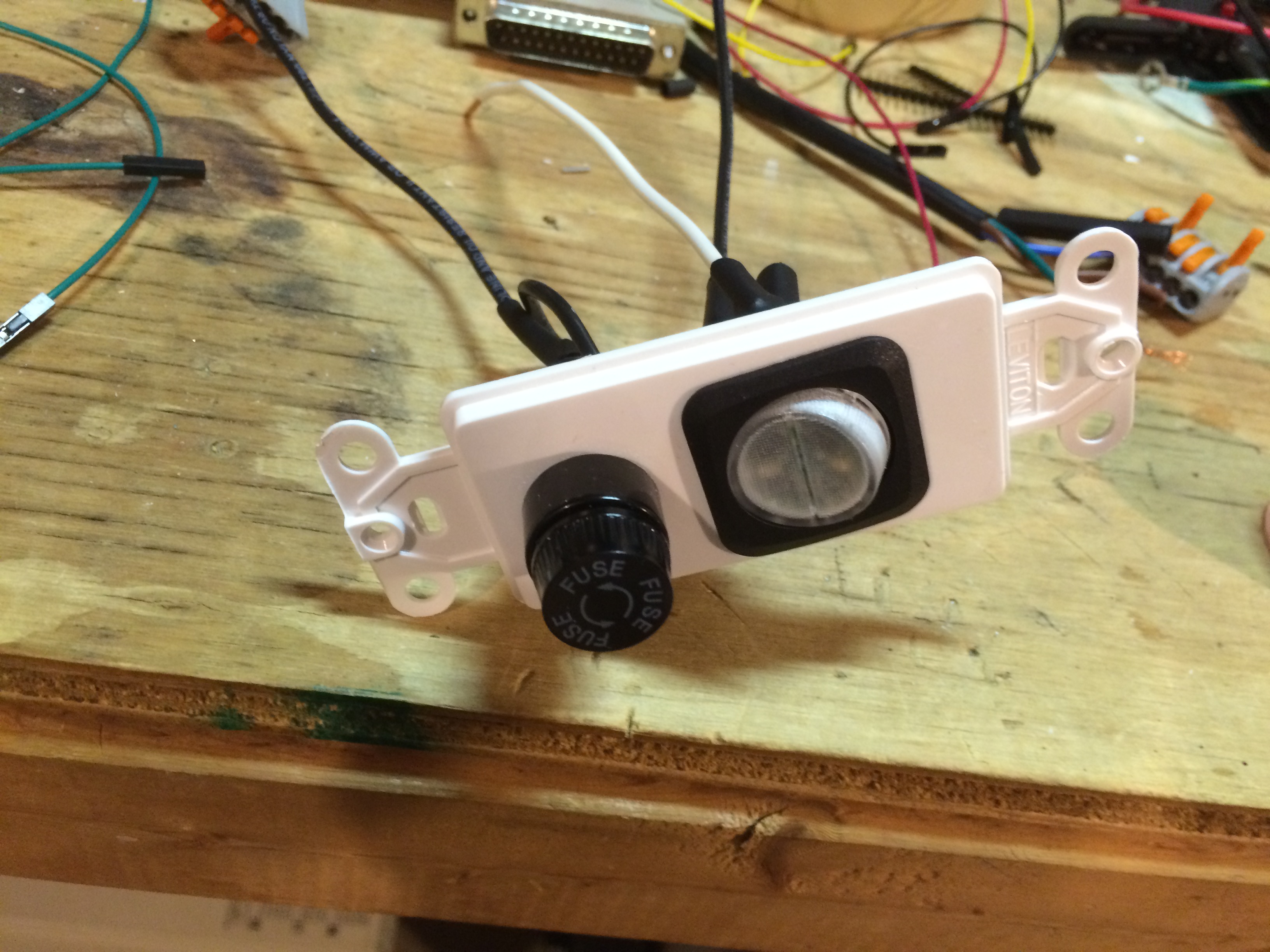 This is the birth of Hydra. This is the name I have chosen to give this project. A hydra is a freshwater jellyfish (and also a mythical, many-headed serpent). The general tie-in is that there are a bunch of parts that make up the whole animal. For this reason, I thought it was a fitting name since it is going to start as the controller, power, and temperature components but will keep budding new offshoots (like the real hydra) as I get new things I want to do. Some of the modules that are in consideration are: